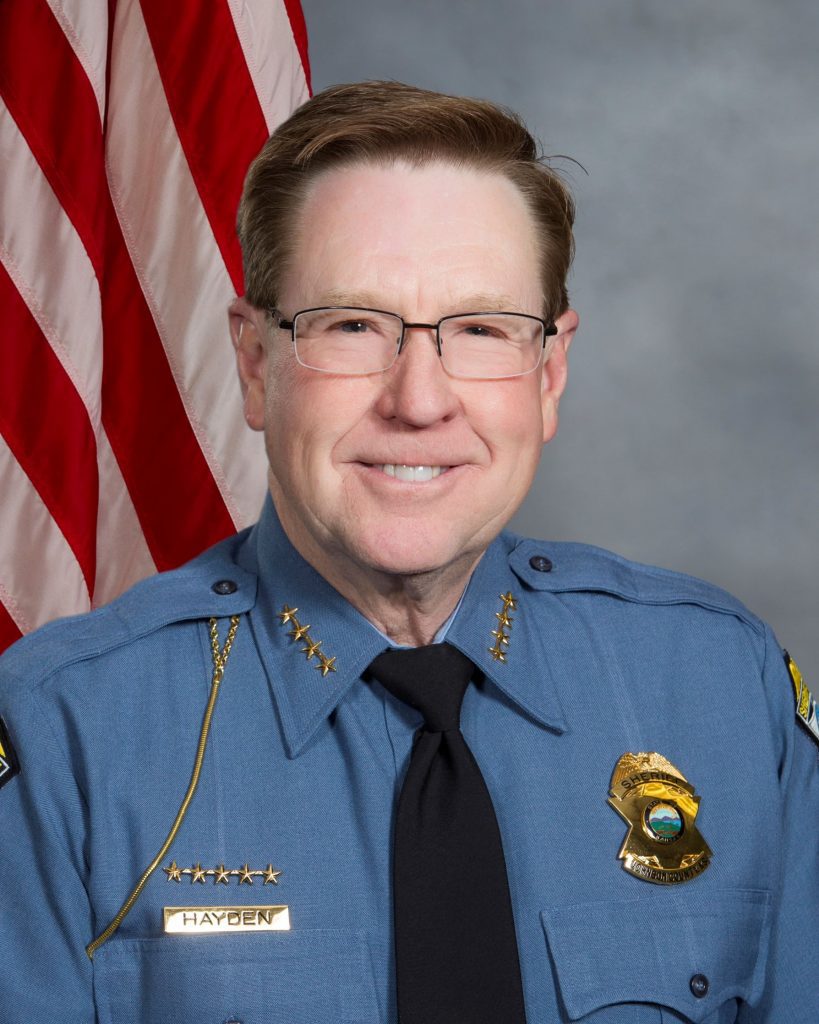 Sheriff Calvin Hayden began his career in law enforcement in Colorado. After 2 years, he pursued his lifelong goal by returning to his home state of Kansas and becoming a Deputy with Johnson County Sheriff’s Office. Growing up in the De Soto, Kansas area, he was familiar with the sheriff’s office and began his career there in 1981.

Sheriff Hayden was first assigned to Detention and during his 28-year career with the Johnson County Sheriff’s Office he also served undercover with the City-County Investigative Squad, as a patrol officer, a dispatcher, and a firearms instructor/armorer. He was promoted to Sergeant in 1987, which began his experiences in supervision and management. Sheriff Hayden served as a supervisor in both Patrol and Communications.

After serving over 30 years in law enforcement and public service, including 28 years of experience in the Johnson County Sheriff’s Office, he began serving a four-year term as the elected County Commissioner from the Sixth District. Sheriff Hayden also has a distinguished record of community involvement, including serving on the boards of the Consolidated Rural Water District #6, the Northwest Consolidated Fire Department as a member of the board of directors, the Northwest Consolidated Zoning Board, and is currently serving on the board of directors for Rural Water District #7. His civic experience includes the American Legion, the Olathe Rotary, the De Soto Masonic Lodge, De Soto Youth Baseball, and the Chambers of Commerce of Gardner/Edgerton, Olathe, and De Soto.
He is a veteran of the United States Army Reserves and the United States Coast Guard Reserves. Most importantly, Calvin is married to his wife Kelly.

Lunch will be a Thai Chicken Wrap with pulled roast chicken, Asian vegetables, Thai chili sauce , served with side salad.
Dessert will include vanilla ice cream!